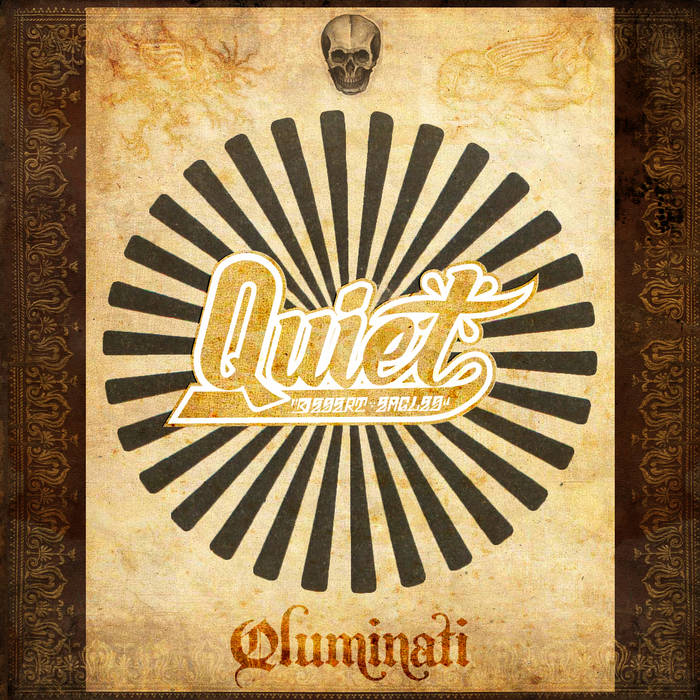 Shortly after releasing my album (mixtape) Dirty Water, naturally I wanted to start on my next release and keep the mood swinging and Qluminati was the outcome. I knew from the beginning that I wanted to feature all my label mates for the sake of the title. For the most part everyone might hear the title "Qluminati" and think of the "Illuminati" and thats exactly what I was aiming for, but it has nothing to do with "evil" or "devil worshipping". It has moreso to do with the organization of a selected and inner few who are working together to accomplish any given goal...in this case being music. The Illuminati may have their circles and agendas so to bring in my inner circle on my album I felt it only right to take the "I" and replace it with the "Q" from my name thus naming it Qluminati, showing you my group and my circle of friends known as the Desert Eagles coming together to create one masterpiece. Qluminati was about a year and a half in the making with about 3 months of down time and not even being touched. I had gotten off to a great start but somewhere in there life ended up happening and I became uninspired. After sleeping on it for those few months I knew I had to get back on it and finish it and thats exactly what I did. You know its funny how it worked out because if I would have released it earlier and not stopped, a few original songs would have been on it and im pleased to say that the hiatus enabled me to notice those songs didnt make the cut. The whole "everything happens for a reason" expression is actually quite an eye opener and eyebrow raiser if you're sensitive enough to pay it mind. I was able to get back my inspiration and add two entirely new songs that would become "RandyRomance" and "Last Time" that I am absolutely satisfied with.

Once all the songs were finally laced, I had one more issue. The idea for the artwork. I was at a complete mental block on what the cover should look like, so there went another few weeks of delay. Then as fate would have it, one drunken night the universe would bring me together with one of my eagles Dmmy Blck Chcks and the idea was born. Shortly after a few late night meetings of designing, we were complete.

Now without further a due, im blessed to announce some of that good ol classic Quiet signature sound of my ups and downs with Qluminati. It features LarryLegend, Phillie Mills, Meccanism, I.Fit.The.Description, JRawsting, Kono, Buck Roogah, H.Mccoy and from the Special Forces Crew Mokka Frapp. (Dj Ba5e, JPatron & Surv here in spirit).

All beats by AnnoDomini and A.D. affiliates except song 12 originally produced by Bambino. Recorded & mixed by Quiet in the Quietcadacombs and mastered by DmmyBlckChcks. Artwork designed by DmmyBlckChcks and myself. Quiet logo designed by VictorKoast. Feel free to friend me on my social networks and ask any questions you may have concerning anything from life advice to song collaborations, and anything in between. Have a lovely day. <3